Trip report around the range Apr-13

1-May-13 we were near Groom Lake watching the usual range activity such as the Nellis fighter weapons school.  In the afternoon, when the scanner had been really quiet for a while, we looked up as there was a faint sound through the 30mph wind and.... 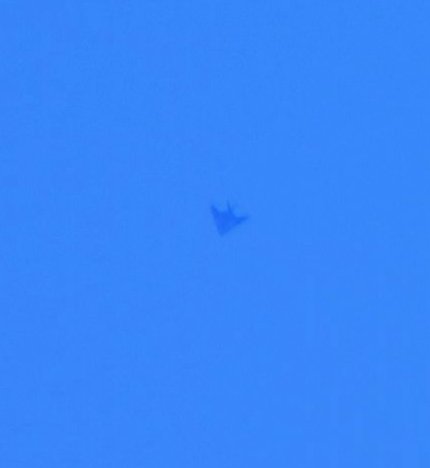 Unfortunately we only noted 2 circuits between 1515-1530; but given the alck of other range traffic, it could have been there for ages.  The most likely callsign was DOBBY17, cleared tactical at around the time it RTB. 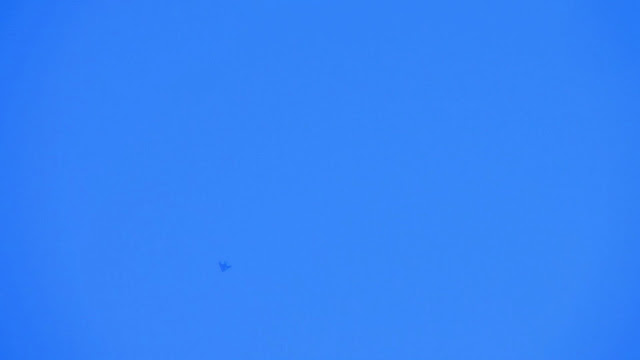 
On the way north from Mojave to Tonopah we saw a Twin Otter descending into Bishop , CA.  We pottered up to the airport to find an electronics-laden N83AR refuelling.  There were 4 POB and it departed at 1750 to the south. 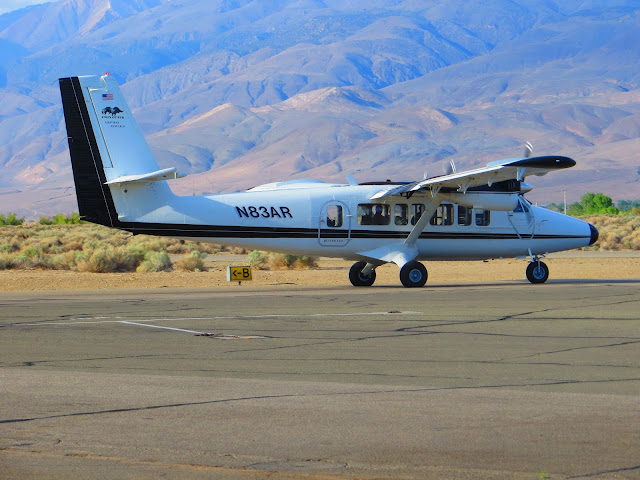 
30-Apr-13 we visited Brainwash Butte for a look at the TTR.  Much to our delight, RAT55 called the Tower as it had some sort of APU/start issue.  It was on the ramp on the far right (northern end) near what I thought were smallish F-117A hangars but perhaps it lives down that end.  I assume RAT is RAdarTest and 55 is the last two of the serial 73-1155.  They swept the runway before its departure at 1200ish, leaving VFR to the north.  We hung around until 1530 but it failed to return suggesting it may have landed away, somewhat odd as I don't think there's any photos of it since 2008. 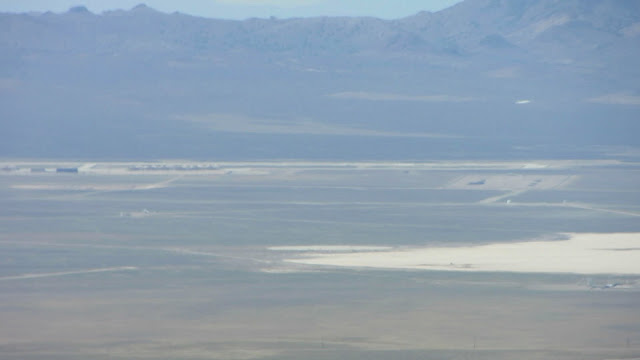 and airborne (the smudge top right)


TTR was fairly active but nothing much of interest, VAMPIRE21 flight 2x F-18 departing from the Janet ramp for an afternoon in the ranges to the south east.


30-April we stopped at the Aerospace Valley overlook on Rte14 as it winds down from the mountains from LA towards the high desert.

I watched N27NG Beech 1900 land and taxy to an area to the west of the Northrop Grumman labelled hangars.  When I looked again, the hangar was open and this very large black object had been dragged out of the hangar for about 20mins 1230-1250 around the time when N27NG departed.  Maybe the two aren't related but it looked like a touch and feel or photo opportunity to me.

The black thing could have been a B-2A, but it's oddly high off the ground and had either a 'proud' (think F-22A) cockpit or a cover over the cockpit area which glinting in the sun made it look like that.  It looked like inward canted fins, B-2A style wings and not as 'dolphin' shaped as a B-2A.  Unfortunately the frame grabs off my small camera don't help much, but it's oriented cockpit to the left end, having been dragged cockpit first out of the hangar.

In case you are wondering why no high-res photo. my colleague with the expensive camera was very unwell at the time, not capable of lifting his camera.  Shame. 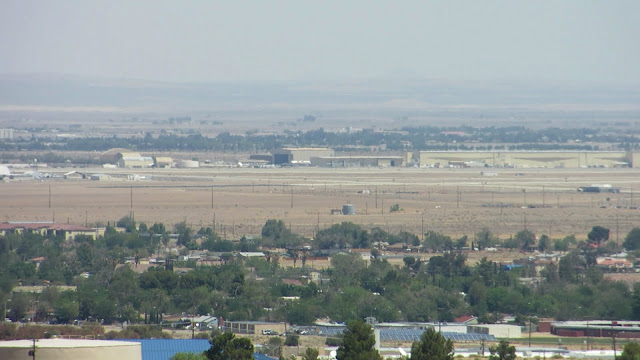 Plant 42 at Palmdale.  Answers on a postcard regarding the black craft outside what I assume is a Northrop Grumman hangar


1-May over Groom Lake this B-2A was on a test.  Fabulous manoeuvres, then at the end of the test the pilot said 'this will be my last trip so thanks for all the good times working with you over the years' before departing back to Whiteman as DEATH11 at 0930. 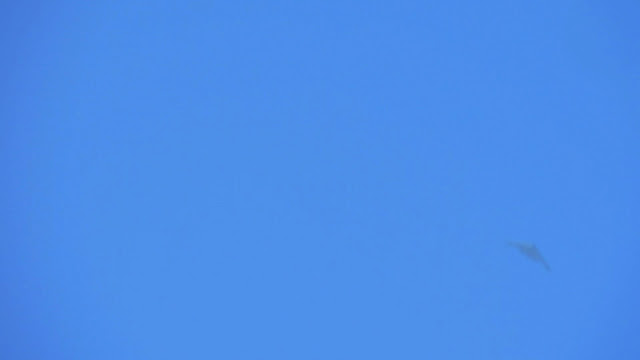 On the morning of 2-May the range chatter was strangely absent so we ventured up to Groom Lake Road to see if anything was going on.  Around 0900, ELLA66 (Janet 737) was cleared STAGE-STYMY-DARLO for a Keyhole 2A and then told to hold out.  This added to the interest as most flights had been on 'media day' arrivals thus far.  ELLA66's hold was then cancelled as JESTER61 was cleared to depart VFR to the northwest climbing to 14,500ft.

A large aircraft was seen shortly afterwards, its speed/climb profile were consistent with a UAV or helo, but its size was significant, perhaps 3/4 of a 737. 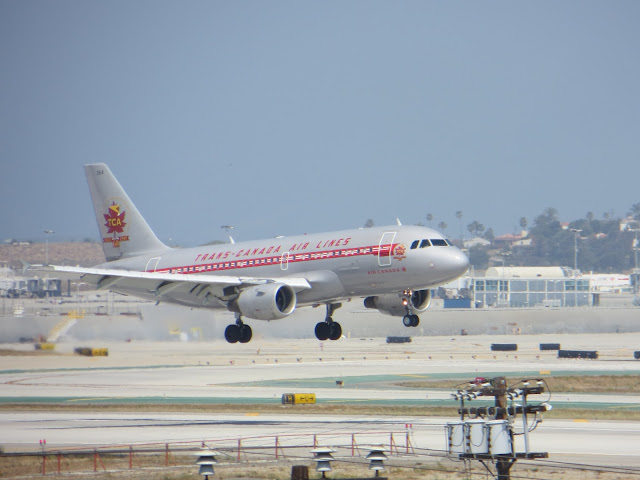