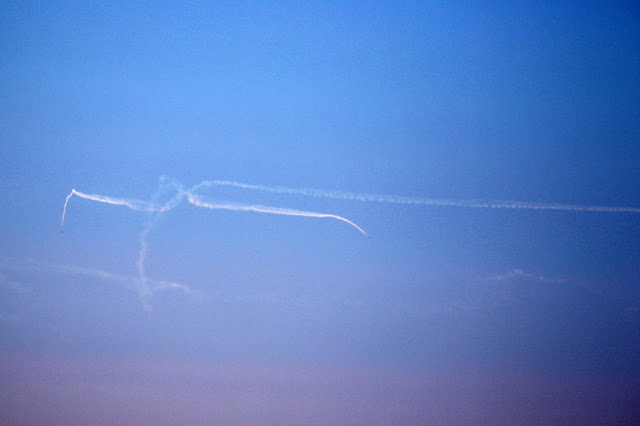 Vapour/smoke trails seen over the northern end of Groom Lake (the dry lakebed where runways 21 and 27 are) or maybe slightly to the north of Groom Lake itself.  Nov-18 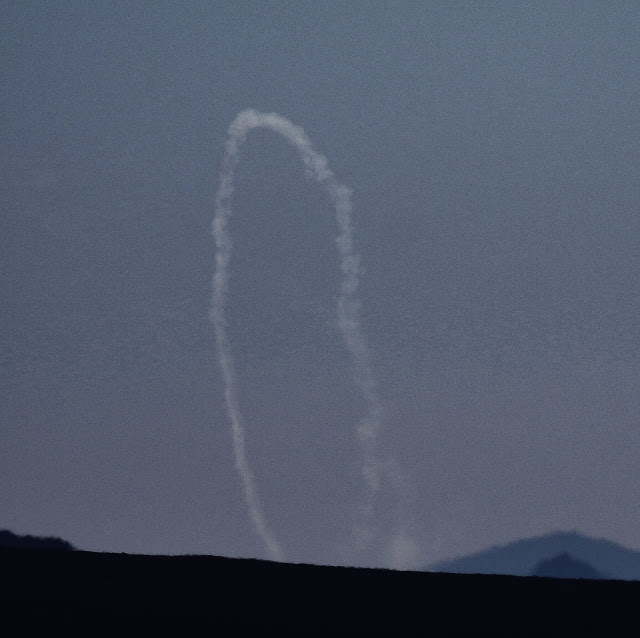 There was a formation of aircraft/missiles/? that did a loop comprising one large aircraft and several smaller craft before they went into the vertical, then split horizontally and transitioned very abruptly to the vertical. 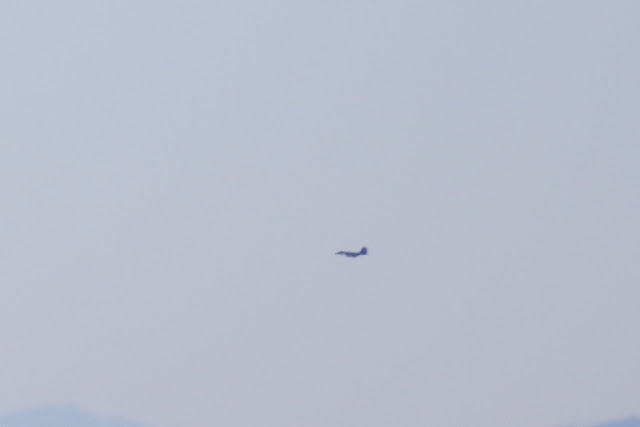 This aircraft was flying around the area before and after the above.  It could be the ‘parent/large’ aircraft that was part of the formation that we saw.  Who knows.  It was not a MiG-29, no tell-tale smokey exhaust! 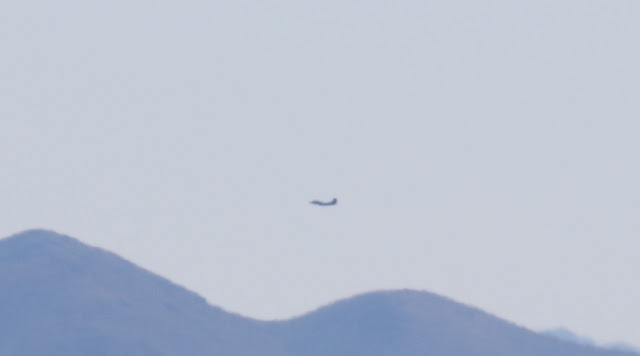